Known as the “Paris of South America,” Buenos Aires lives up to its nickname thanks to its popular café culture, grand boulevards, and an incredible food scene that rivals its European counterpart.

Argentina’s capital and largest city is a hotspot for music, food, the arts, and dancing. The city is one of the most diverse cities in Latin America, home to beautiful, warm, and friendly people from all around the globe.

Visiting Buenos Aires is an incredible experience. I loved my time there. The city is filled with rich history, beautiful architecture, verdant parks, quirky bookstores, and a fantastic nightlife — particularly if you like lively clubs that party until dawn.

Because Buenos Aires is a city that sleeps in and stays out late!

The quality of life is very high and during my stay I just floated from cafe to cafe, park to park, and wine bar to wine bar, taking in the amazing cuisine and enjoying the local pace of life. 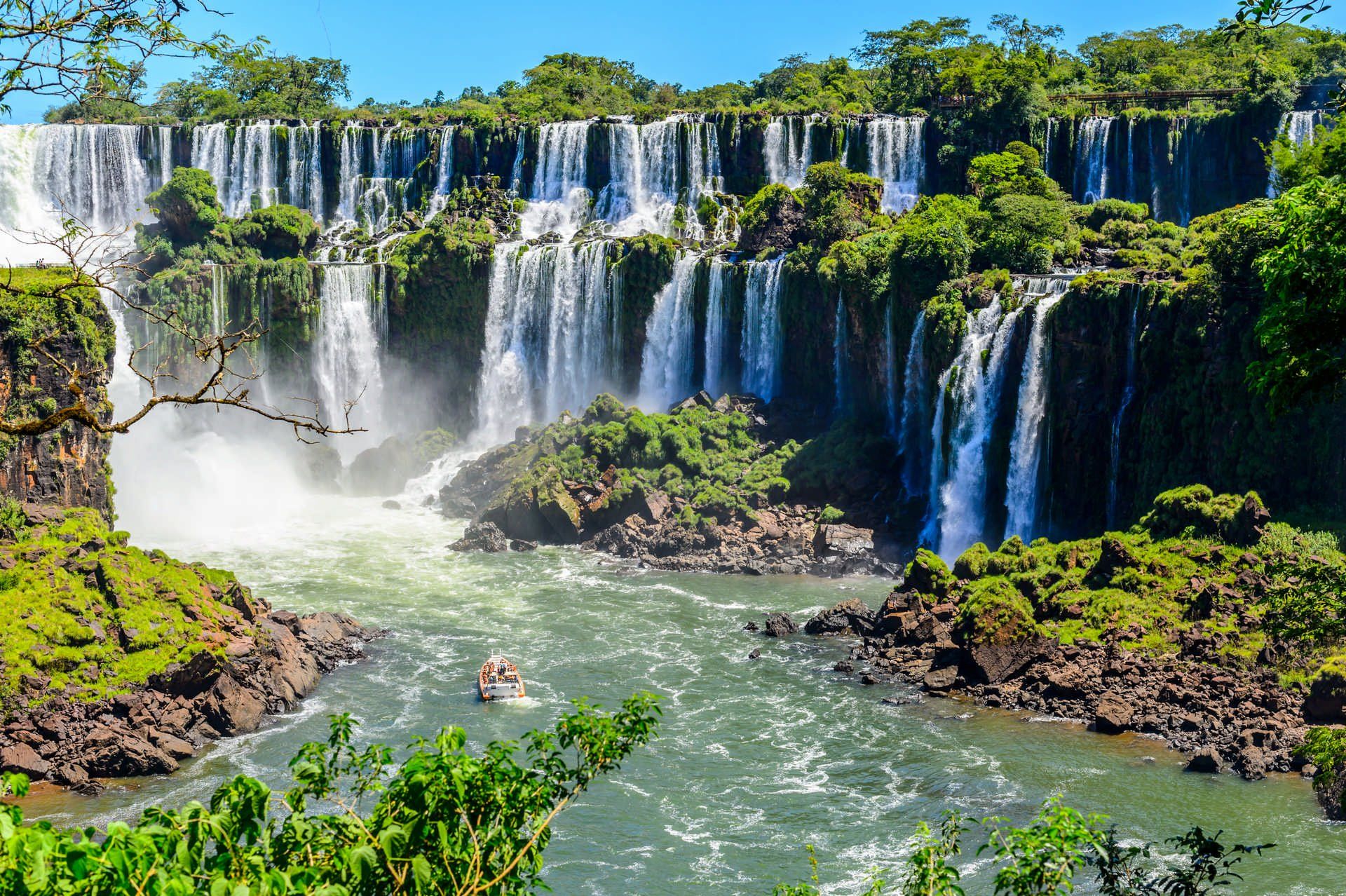 1. Take in a fútbol game

Fútbol (soccer) is big business in Argentina, and aside from having a fantastic national team, the country also has plenty of top-class league teams. There are two great stadiums in the city, La Bombonera and El Monumuenta. For the best experience, try to catch a match between the city’s two rival teams, River Plate and Boca. Plan ahead because tickets can be hard to come by but the crowds are lively and the matches entertaining!

Eva Perón (also known as Evita) is perhaps the most famous Argentine, known for her labor rights activism and position as First Lady (a film starring Madonna was made about her life in 1996). This museum explores her life from childhood through her career as an actress, onto her role as the First Lady and ultimately, ending with her early death. You’ll leave with a better appreciation and understanding as to why she is such a significant figure to the Argentine people.

This is the former home of the Paz family, the wealthy owners of the La Prensa newspaper. Built by a French architect, the building has more than a subtle French influence, but strangely, a few rooms are also in the Tudor style. Today, the building is home to a social club for retired Argentine military officers. Visitors can view the elaborate, gilded interiors via guided tour and visit the National Arms Museum housed in the same building. As one of Argentina’s most beautiful buildings, this is an essential stop on your city tour. Admission is around 200 ARS.

4. Pay your respects at the Monument to the Fallen in the Falkland Islands

Under the military dictator Leopoldo Galtieri, Argentina declared war on Great Britain in 1982 by invading and occupying the Falkland Islands. The ensuing 10-week undeclared war ended in Great Britain retaining sovereignty over the islands, yet many lives were lost in the conflict. The monument is inscribed with the names of the 649 Argentines killed in the four months of conflict over the Falkland Islands (or “Islas Malvinas,” as they’re known in Argentina). To learn even more about the conflict, visit the free Malvinas Museum. After Victoria Cruises Argentina, you will spend 1 day in the Falkland Islands.

5. Stroll around the La Fería Mataderos

The Mataderos fair is an interesting and less touristy alternative to the other Sunday markets. Located on the southwestern edge of Capital Federal, Mataderos is very popular with locals. Over 15,000 people attend each weekend to enjoy the live music, great food, and handmade crafts. Best of all, the tango dancers here are not doing it for show — they are dancing because it’s their pastime and passion. The fair is open from April to December from 11am-8pm.

Tour this landmark building of Argentina, designed by Italian architect Mario Palanti and themed around Dante’s Inferno. When the building opened in 1923, it was the tallest building in South America, remaining so for over a decade. Visit to learn about the fascinating architecture, interesting history, and get the best panoramic views over the city. It’s open Tuesday through Saturday from 12pm-8pm by guided tour only. Tours cost 3,000 ARS.

This zoological park spans almost 200 acres and offers a huge variety of animal exhibits, with large, open-air habitats and African, Asian, and South Americas zones as well as an aquarium. The park, which is the only AZA-accredited zoo in the country, focuses on research and conservation, and many animals here are protected endangered species. Just a short (35 minute) drive outside of the city, it is one of the major attractions of the area. Admission is 3,540 ARS. 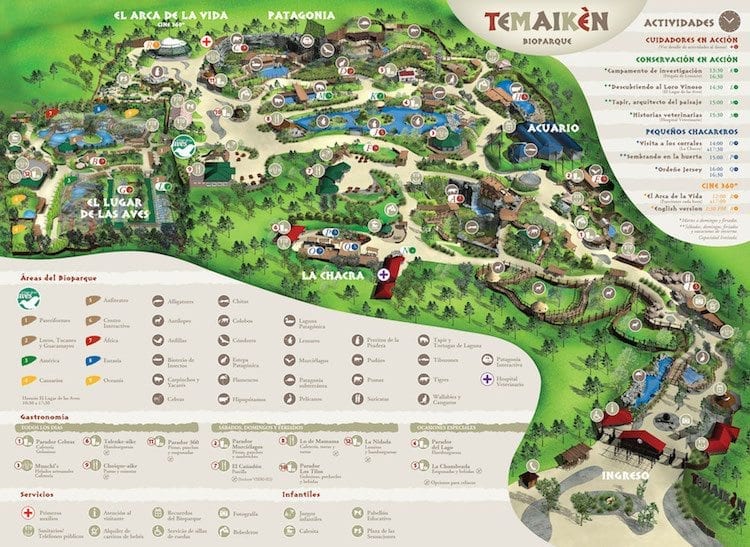 This is a high-class, expensive, and fashionable neighborhood, lined with boutiques, cafes, galleries, and fine arts museums. As a central location in the city, it’s a great area to check out and explore while catching your breath. There is also a bohemian street fair every weekend with musicians, performers, and artisans selling traditional Argentine products like leather goods and mate gourds. Located near the Recoleta cemetery, it’s open from 11am-6pm on Saturdays and Sundays.

This fine art museum is host to many significant works, from European masters to pre-Renaissance days, including Monet, Manet, Van Gogh, Rembrandt, and Goya, among others. Additionally, there is an expansive collection of 19th and 20th-century Argentinian paintings and sculptures that make up one of the most impressive collections in the country. It’s open 11am-7pm daily but closed on Mondays and Tuesdays. The museum is in the Recoleta neighborhood and admission is free.

Inaugurated in the late 19th century, the Buenos Aires Botanical Garden is the perfect place for an enjoyable, relaxing afternoon outside. The 17-acre garden is full of winding paths, statues, creeks, and 5,000 species of plants from all over the world. There’s a French Garden, Roman Garden, Asian Garden, and Argentinean Indigenous Americas Garden, each with distinct landscaping styles and a diverse range of plants from each area. Take a stroll alongside the resident cats or stop by for a quick picnic to get out of the hustle and bustle.

Trash turns into treasure at this former dump-turned-oasis in the middle of the city. This ecological reserve is made up of nearly 865 acres of green area and lagoons. It’s home to over 300 species of birds and is a great spot for birdwatching, jogging, biking, or simply walking. Expect to spend over an hour getting around the reserve on one of the well-trodden paths, but it’s tranquil and a great escape from the noise of the city. Be sure to bring water. Guided tours are available on weekends and the reserve is closed on Mondays. Admission is free.

Dubbed “The Undeveloped Venice” with its plentiful canals, this city is only 45 minutes away from central Buenos Aires. It’s green, lush, and seemingly a world away from the chaos of the city — which is likely the reason why it’s a common retreat for Buenos Aires’ more affluent residents. Tigre makes for a great day trip and has museums, a market, artist workshops, restaurants, and even an amusement park to explore. Getting there is cheap, too: the train is around 12 ARS and the ferry is about 200 ARS.

This must-see captivating 17-person percussion group provides 3-hours of lively, wild, pulsing musical entertainment each Monday night. Nearly 1,500 people pack into the Konex Cultural Center as the group performs improvisational music with African and South American rhythms. Doors open at 7pm with an opening act playing until 8pm. You don’t need to buy tickets in advance (though you can) but get there early to avoid standing in long lines and possibly missing the beginning of La Bomba’s set.

In a city as noisy as Buenos Aires, the Japanese gardens provide a beautiful, calm retreat. Maintained by the Japanese Argentine Cultural Association, the gardens have peaceful lagoons adorned with bright red bridges and a variety of Japanese flora. At 5 acres, the park is one of the largest such gardens outside of Japan, and contains a Japanese Peace Bell, Buddhist temple, traditional stone lanterns and sculptures throughout. For a small fee, you can buy food to feed the koi fish. Admission is 416 ARS. 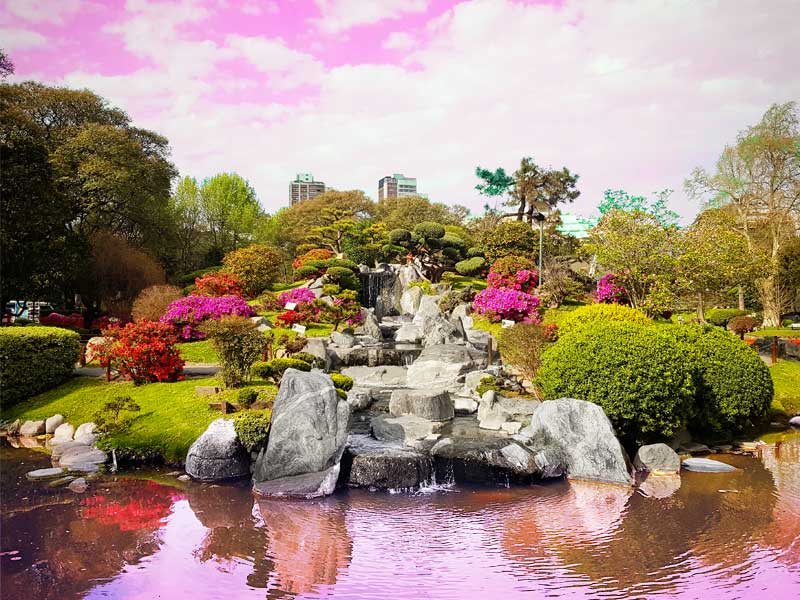 Pop over to Colonia del Sacramento, Uruguay, just one hour from Buenos Aires via ferry. The historic quarter, rife with Portuguese influence, is a UNESCO World Heritage Site and a big change of pace from Buenos Aires. It’s the perfect town to meander about, with tons of quaint houses, plazas, and cobblestone roads. Make sure to see the lighthouse while you’re here. The ferry cost can seem steep at 9,300-19,000 ARS round-trip (depending on timing and ferry company), but you can save money by taking the slower one that gets you there in three hours.

El Ateneo Grand Splendid is housed in an old theater from La Belle Epoque period (1871-80) and is one of the biggest bookstores on the continent. It’s impressively grand, there’s a huge English language section, and the old stage is now a cafe. It was named the “most beautiful bookstore in the world” by National Geographic. Don’t miss it. 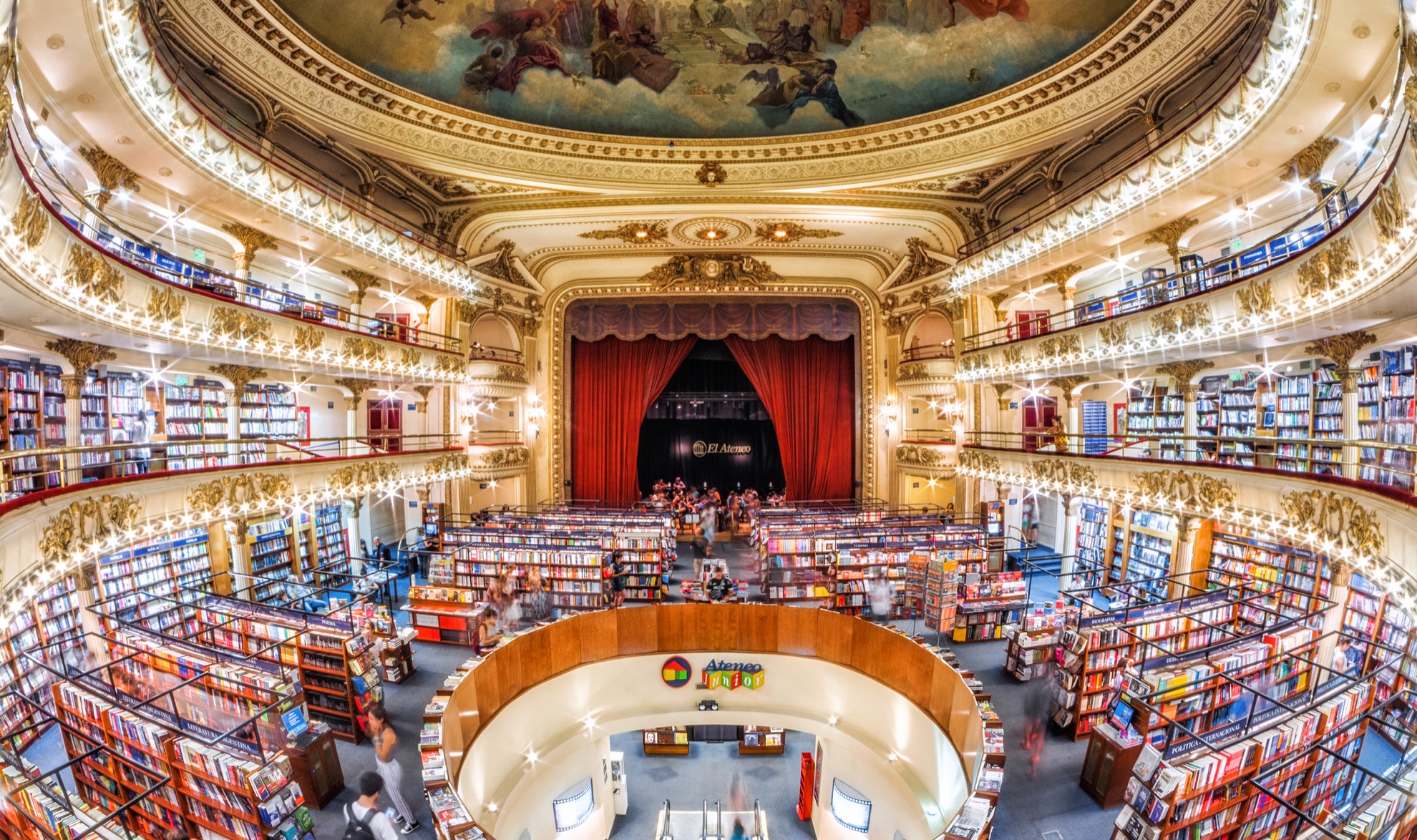